Professor Kaplan’s research focuses on analyzing and decrypting the digital world, in particular the areas of social media and artificial intelligence. With several seminal articles and +30,000 citations on Google Scholar, Kaplan has been counted among the worldwide top 50 business and management authors according to John Wiley & Sons. Furthermore, widely covered Stanford study recognized Kaplan as one of the world’s most-cited and impactful scientists. Professor Kaplan has teaching experience in top-tier schools and universities such as Harvard, Sciences Po Paris, and Tsinghua University.

With over ten years of leadership experience in higher education, Professor Kaplan has served as Rector and Dean of ESCP Business School Berlin and Paris. Previously, he held positions as Provost and Dean for Academic Affairs, Director of Brand and Communications, and elected Head of the Faculty’s marketing department. Kaplan is particularly interested in the future of education impacted by digital transformation, increased competition, and reduced public funding, and has published extensively in this area.

He regularly acts as keynote speaker and presenter at academic and non-academic conferences, seminars, and workshops. His work is featured in various national and international press and media outlets such as the California Management Review, Financial Times, Harvard Business Review France, La Tribune, La Repubblica, and the Süddeutsche Zeitung. His activities as advisor and consultant evolve around the aforementioned topics.

Kaplan did his Habilitation at the Sorbonne and his Ph.D. at the University of Cologne / HEC Paris. He holds a Master of Public Administration (MPA) from the École Nationale d’Administration (ENA; Class of République), an MSc from ESCP Business School, and a BSc from the University of Munich. Additionally, Prof. Andreas Kaplan was visiting Ph.D. at INSEAD and participated in the International Teachers Programme (ITP) at the Kellogg School of Management, Northwestern University. 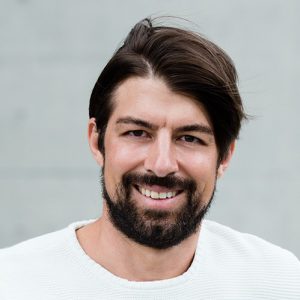